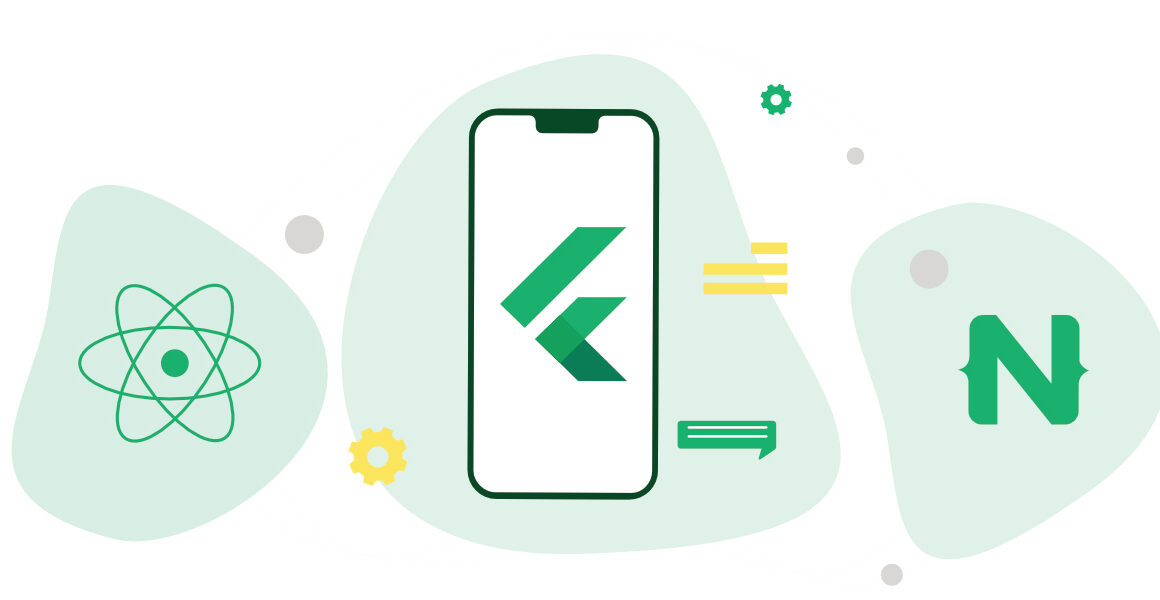 This article draws comparisons between Native vs. React Native vs. Flutter for your Mobile App Development.

If you’re looking for how to create a Flutter Application on both Android OS and iOS, click here.

In today’s time, there are many options of technology to choose from. Let’s go through some definitions before we start talking about various options for Mobile App Development and why we chose to go ahead with Flutter.

WHAT IS NATIVE APP DEVELOPMENT?

In native app development, apps are built separately for each operating platform, for example, iOS, Android, BlackBerry, Windows, etc. They are written in languages that a specific platform accepts. For example, Swift and Objective-C for native iOS apps and Java or Kotlin for native Android apps. Native apps are also built using the specific Integrated Development Environment (IDE) for the selected operating systems.

Since the market is dominated by iOS and Android, the rest of the article talks about these two platforms.

Although there are many advantages with Native App Development, for building simple applications (which is our case), choosing that as an option is an overkill.

Investing in a good quality development team. A start-up company that wants to build simple mobile apps as POCs or just to have their product as a prototype would need to hire excellent developers with wider specializations that can be eye-catchy to the customers.

Complex maintenance. The maintenance and update costs grow proportionally to the line of supported OS devices in native app development.

High initial investment. With a native vs hybrid app, you either cut off half of the market and concentrate on one platform (at least in the beginning) or develop a native application for each platform separately.

What is Hybrid App Development?

To overcome the disadvantages posed by Native App Development, the businesses needed a solution that could be more versatile, cost-effective, and faster to develop. That’s how hybrid app development (or cross-platform app development) was born.

Here are some of the significant benefits of Hybrid App Development.

Why choose Flutter over React Native?

There are various tools to help in hybrid mobile app development viz. React Native, Flutter, Xamarin, Kotlin Native, J2ObjC/Doppl (Android-centric cross-platform), Ionic2, Cordova/PhoneGap/Titanium, Unity, to name a few. The most critical question you could ask is which development framework should you choose for your mobile app and the two leading Hybrid Development Frameworks are Flutter and React Native.

The following table might help you in deciding that.

It is clearly obvious that one should go for Flutter according to the table. In conclusion, Flutter has advantages in the following aspects as well:

That is the reason why Flutter is the perfect choice to deliver an MVP (Minimum Viable Product).